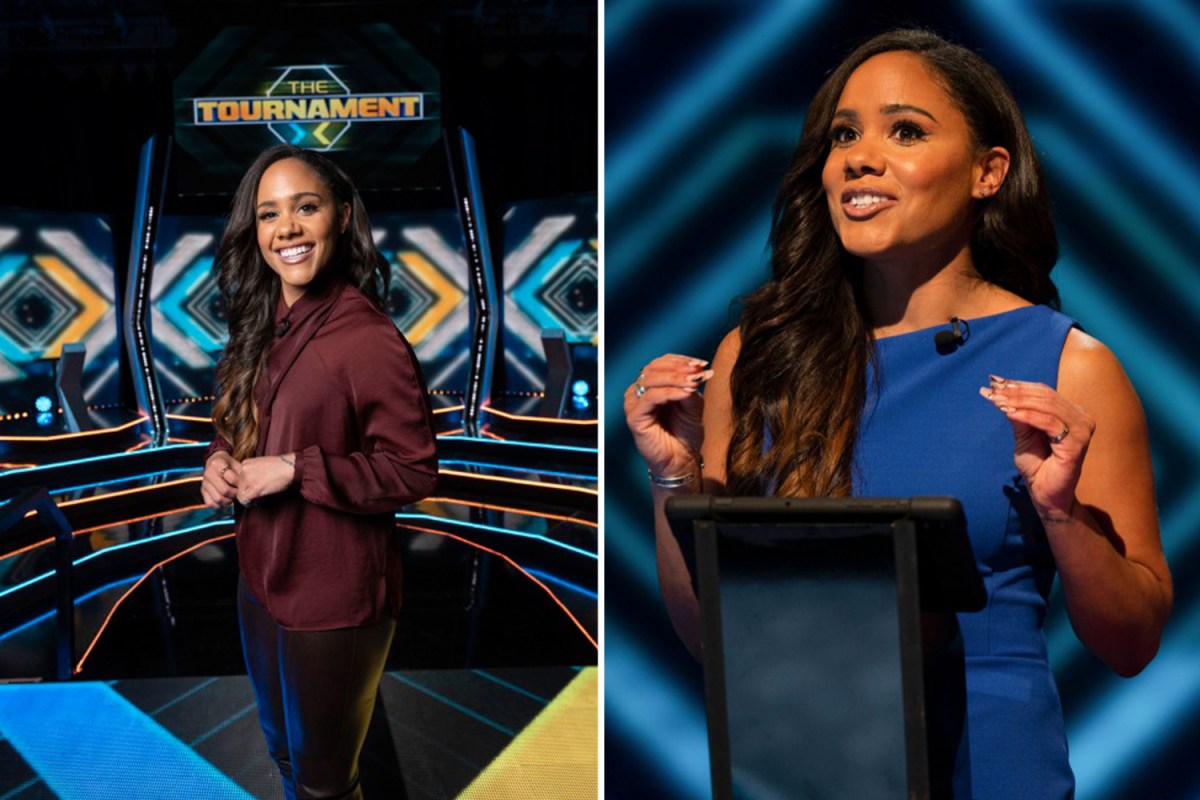 BBC One is set to unveil The Tournament, a new game show to rival ITV’s The Chase – and it looks absolutely brutal.

Promising to bring all the pressure of a nerve-wracking shootout, the game show will see eight contestants attempting to eliminate each other in quick quiz fights.

Individual rounds will see them attempt to knock their opponents out of the game and steal their money.

In short, only one player will make it to the end, when he has the chance to double his money on the “Golden Run”.

Hosted by football specialist and former professional footballer Alex Scott, The Tournament will attempt to recreate the tension of a sports arena.

And the former Strictly Come Dancing star has said she believes the game will be a favorite with quiz fans and new viewers.

She said: “The tournament promises all the drama and tension of a penalty shootout – it’s a show where the favorites can be knocked out of the competition and the underdogs can come back from the brink of defeat to win the game. Victoire.

“I hope viewers love the great energy he brings and watch all of the fantastic contestants make their way through the competition.”

Alex, who typically appears as an expert for the BBC, will be taking on the role of a game show host for the first time – a role she says she enjoys.

She added: “What’s great is that the show was totally new ground for me, but also for those who were on it.

“Each contestant has their own personal journey on the show and it can be emotional, but in a good way because it seems to bring out the best in people.

“It’s a very diverse range of people, but everyone supports each other so much. I think it’s a really special, inclusive and positive show.

The tournament will air on BBC One weekdays at 2:15 p.m. starting November 8.

We pay for your stories!

Do you have a story for The Sun Showbiz team?

The Voice: Season 21 coaches to take part in That’s My Jam game show