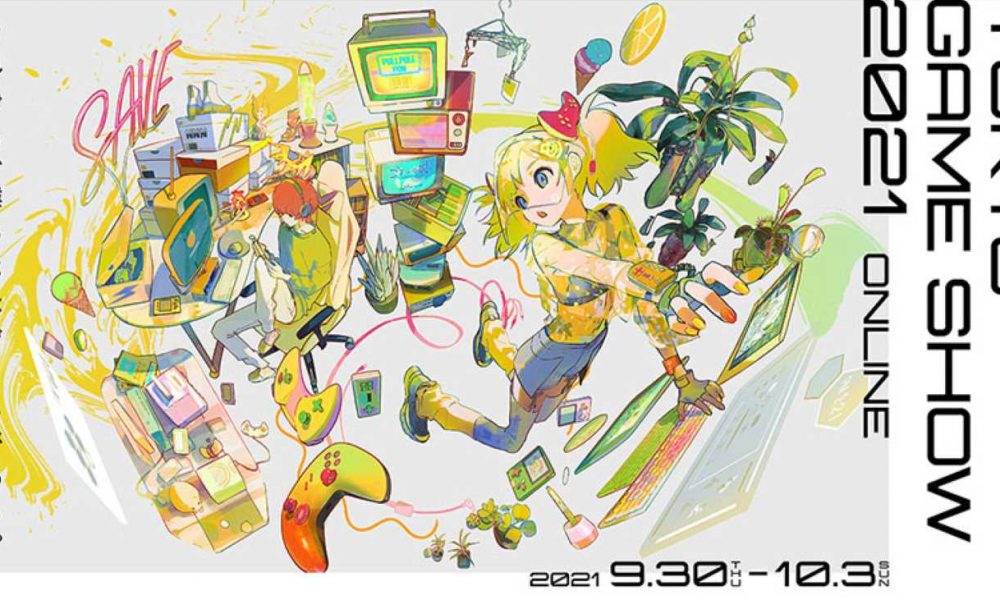 Tokyo Game Show 2021 fast approaching, from September 30 to October 3. The biggest event on the games calendar in Japan and celebrating 25 years since its founding in 1996, TGS will provide an opportunity for gamers around the world to experience the latest releases to come from publishers in Japan and beyond.

Participants this year include Square Enix, of which the various Final Fantasy projects and the upcoming action-RPG Forspoken will be undoubted highlights; Koei Tecmo Games, who hinted at a “secret” announcement of a new game; and Bandai Namco Entertainment, which has promised updates for its hugely popular Idolmaster and Sword Art Online franchises.

We’ll also see the very first gameplay footage of SNK’s King of Fighters 15, new details on Yu-Gi-Oh! from Konami! Master Duel, a new untitled mobile RPG from Sega, Guilty Gear -Strive- updates from Arc System Works, and the reveal of Wanted: Dead, a mysterious new “hardcore third-person shooter / slasher game” from 110 Industries developed by some of the talents behind Ninja Gaiden and Dead or Alive.

Nintendo is never on the Tokyo Game Show floor, and PlayStation is skipping the 2021 event as it has done with every other major game show since the start of the COVID-19 pandemic. So, although both platform owners are official sponsors, do not expect further announcements from them.

Meanwhile, Microsoft, whose Xbox platform has quietly grown in Japan, will take the opportunity to deliver “a celebration with our Asian community and locally relevant updates. “While they said fans shouldn’t expect any major new global announcements, it will be interesting to see what Xbox has up its sleeve as the only console platform holder with a showcase at the TGS 2021 – maybe updates on its popular cloud streaming service and a preview of the holiday lineup for its fantastic all-you-can-eat Game Pass subscription service.

Microsoft also owns Minecraft, which counts Japan as one of its strongest markets, so an update of some sort during TGS seems likely.

Microsoft won’t be the only non-Japanese publisher to host a showcase at TGS 2021. French giant Ubisoft will focus on its upcoming title Far Cry 6, which stars Breaking Bad actor Giancarlo Esposito as the villain.

The 505 Italian Games will present an in-depth dive into its highly anticipated RPG made in Japan Eiyuden Chronicle, as well as other titles developed in Australia and Malaysia.

And before you ask, no, we haven’t heard any indication that FromSoftware’s highly anticipated Elden Ring will be at TGS 2021. Sorry!

While the TGS is typically held in the cavernous Makuhari Messe venue in Chiba, in 2020, following the COVID-19 pandemic, it first took place as an online-only event, with four days of live showcases that were a mix of game announcements and variety shows – like a surprisingly deep Sega 60th Anniversary History Lesson.

In 2021, as the pandemic continues, TGS will again take place as a live broadcast format. But, unlike last year, there will also be an invitation-only in-person expo, where media and influencers can learn about new games and share their impressions and opinions, just like during a pre-COVID. regular. expo thu (Sorry, the public will not be allowed in.)

Game exhibits across the world have struggled during the pandemic, as these are traditionally events that bring tens of thousands (or more) of game industry workers and members of the public together at one center. densely packed and sweaty exhibit for sharing game controllers in crowded demo booths. Even at the best of times, a few days at a big game show will send me home with a nasty cold and frayed vocal cords.

As COVID-19 spread around the world in early 2020, most gaming events have been canceled, postponed or moved online. But in recent months, we have seen a return to some semblance of normalcy.

In Shanghai, ChinaJoy – Asia’s largest video game exhibition – was held more or less as usual in the summer of 2020 and 2021, with strict protocols but open to the public. Earlier in September, the PAX West Community Expo was held in Seattle, Washington, with an audience and many masks.

In Japan, the spread of COVID-19 was recently fueled by the Delta variant, and a state of emergency has been declared in several cities in an attempt to control the increase in infections. Still, cases are relatively low compared to other countries, and events have made a slow comeback.

The annual BitSummit indie game showcase in Kyoto was held in early September 2021 as a hybrid event, just like the TGS, with a livestream for the public and a private in-person event where the media could try out the little ones’ latest games. and means at the scale of independent developers.

I attended with my IGN Japan team. We set up a live broadcast booth inside the room and broadcast online throughout the show. While it was a shame that public visitors couldn’t attend and try out all of the fantastic games on display, it was a sweet relief to return to the physical events. Aside from the obvious excitement of seeing so many old friends and colleagues after such a long absence from the field, the logistics of covering a physical event are so much easier and predictable than a digital event.

When an event is online only, it’s basically an endless rain of one-sided marketing, so it’s hard to offer first-hand reporting. Having an in-person show means more direct access to the games and the people who make them. Being able to easily play all of the games on display in the exhibit hall has allowed us to deliver our honest impressions, which means better quality reports that are more useful to our readers.

Which brings us back to the Tokyo Game Show. The public portion of the show is a live broadcast on the TGS official YouTube channel, where game companies will take turns presenting their showcases for four days from September 30 to October 3. This means that game fans can log on during the period to find updates from their favorite game companies, and each video will be archived so you can catch up at a later date.

The full program is here, and much of the programming is available in English.

There is even a Virtual reality portal site, where you can watch the windows in a virtual space, as well as other special programs.

Sense of wonder night, the annual independent game competition held at TGS, will in fact benefit from the move to online distribution: like last year, the competition will take place online, where the whole world will be able to see the competing range of innovative indies.

But that will not be all. Like last year, many major game publishers will also be broadcasting live broadcasts on their own official channels throughout the TGS period. For example, while Square Enix has a slot on the official TGS channel at 7:00 p.m. JST on October 1, which will include updates on several upcoming and recent titles, it will also broadcast an extended series of broadcasts live on its own channels from October 1 to 3 which includes individual programs for games such as Forspoken, Stranger of Paradise Final Fantasy Origin, Marvel’s Guardians of the Galaxy and Final Fantasy 14, as well as music performances from some of its popular franchises.

You can also find all the latest updates on IGN! We’ll be covering TGS straight from the show, with articles and videos in English as well as a four-day livestream in Japanese. Since this is the first hybrid version of the show, there should be plenty of surprises. I will even co-host a interactive visit of the site for the HIS travel agency, for those looking to experience the lounge from the comfort of their own home.

In recent years, Japan has produced some of the biggest video game hits in the world, from Animal Crossing to Dark Souls. The Tokyo Game Show will be an opportunity to find out which Japanese games we will be playing for the rest of 2021 and next year.

Daniel Robson is editor-in-chief of the video game news site IGN Japan. Read his series The world of gamers to JAPAN Before, and find it on Twitter here.

POP QUIZ PDX: Have fun with our weekly quiz on September 23! – Blogville

Tokyo Game Show 2021: full schedule, how to watch and what to expect