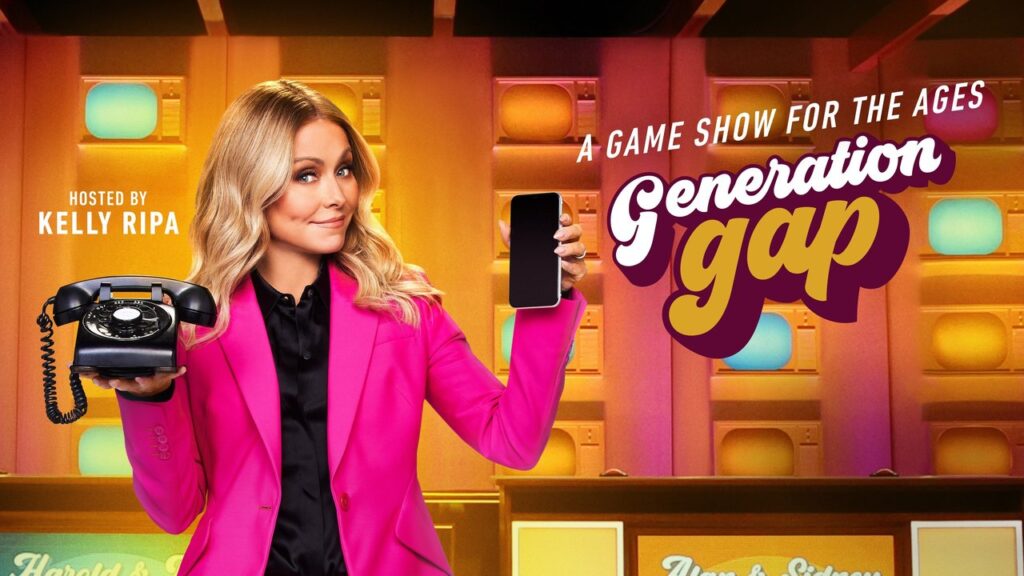 Generation Gap is produced by MGM Television, Kimmelot and Milojo. This is a family-oriented trivia game where family members compete for exciting cash prizes. One of the executive producers, Kelly Ripa, hosts the program. She is a classic beauty of American cinema and her presence made the program even more enjoyable to watch. There are both fun and encouraging moments as the contestants belong to different age groups.

Generation Gap is about family members from different generations working together to answer questions from different areas, such as pop culture, lifestyle, etc., of the other generation. The game show has many interesting challenges that family members will love to play. Due to the generation gap, the contestants give many wrong answers to the questions posed which are hilarious, making this a fun and comedic family game show.

In the first episode, 75-year-old Marilyn and her 14-year-old grandson Nolan answered most of the questions correctly and won the game. Ripa offered the family a bonus round – “Toddler’s Choice”, which meant that the youngest member of the family would be allowed to choose the bonus prize.

Five-year-old Andrew chose a Razor Crazy Car Shift scooter worth just under $300 over a brand new Kira Niro LXS worth $25,000. While the family members were disappointed, little Andrew happily brought his scooter home!

He just couldn’t pass up the opportunity as the announcer shouted, “Drive and drift forwards and backwards, sideways and diagonally, at speeds of up to 12 miles per hour in a brand new Razor Crazy Car Shift!”

When and where to look?

The series premiered on the ABC network on July 7, 2022. It is a weekly show and will be available for the public to watch Thursday nights at 9:00 p.m.

Generation Gap was warmly received by the public, who can’t wait to watch the next episode on Thursday. Stay tuned for more on this show and others like it!