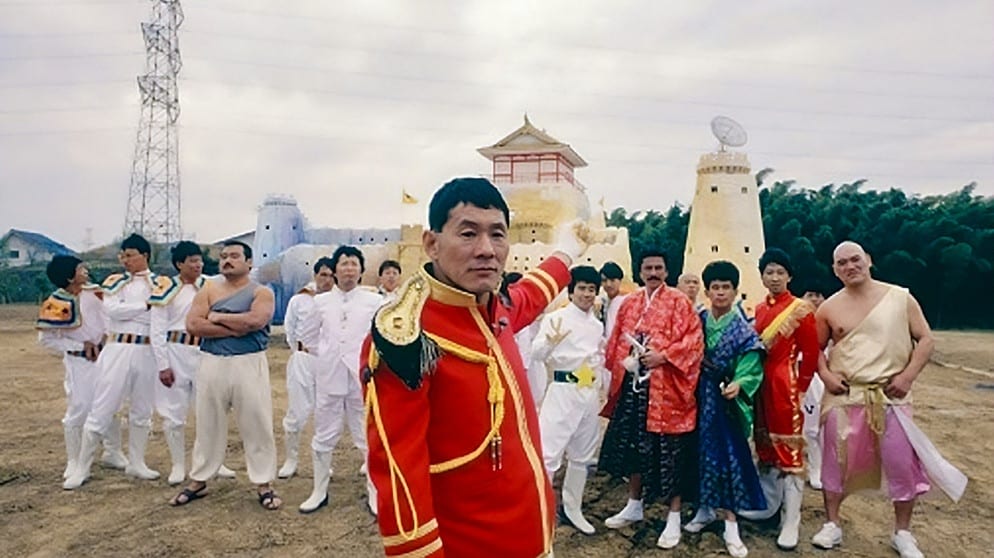 “And another day takes place in the palace of Lord Takeshi. Even today, he must stop invaders from trying to attack his palace. Well, and who knows? That’s right, still with these words, speaker Armin Berger greeted German viewers on DSF (now Sport1) in 1999 for a total of 133 episodes of the Japanese game show “Takeshi’s Castle”. I was about eight years old, came home from school, threw my scout bag in a corner and hid in front of the TV. The world was still good and in Fig. 4:3. And there’s one thing you should know about this turn-of-the-millennium era: German private television was in Japanese hands at the time.

My afternoon therefore included a good dose of animated shows on RTL2 every day: Pokémon, Digimon, Dragonball and Sailor Moon are just the tip of the iceberg. There were also: Yu-Gi-Oh!, Ranma, Shin Chan, Jin – the Kamikaze Thief, One Piece, Monster Rancher, Inuyasha, Duel Masters, Flint Hammerhead, Hamtaro, The Kickers, Detective Conan and Beyblade. Apart from that…. No I am sorry. This huge group of Japanese artists not only secured the jobs of German voice actors over the years, but they also had a lasting impact on the media consumption behavior of millennials and continue to do so today. today.

“Only a wet candidate is a good candidate!”

So while you can afford full anime coverage on RTL2, the sports and soft porn channel DSF, the game show “Takeshi’s Castle” gets a few presses of the “P+” button. In it, 90 to 150 candidates, led by General Hayati Tani, must enter Lord Takeshi’s palace and overcome easy, but sometimes difficult, even almost impossible game stages. These games are often based on the jump’n’run course known from games like Super Mario: sometimes the contestants have to climb a wall, sometimes jump over a row of stones in a river, but among them some are loose. In general, as soon as you enter the water, you come out of it. That’s why every episode quotes Lord Takeshi’s favorite saying: “Only a wet candidate is a good candidate!”.

Those who manage to master all of the stages (usually few) face off in an epic battle against Takeshi and his henchmen in the finale: the slow ones in tanks slamming water on each other. key gun until the cardboard panel appears. Mounted on the opponent’s car, soaked. Later, water guns were replaced by lasers and shields by sensors, with bad explosions and cheap laser animations. But no matter what the contestants were shooting, Takeshi was overwhelming. In only nine of the 133 finals have the winners managed to win. Endgames became a trend and after each loss, General Hayati Tani vowed to come back stronger next time.

Is this all just a show?

And so the sometimes absurd (and the most absurdly difficult) stages were always in the foreground. Take for example the “flying mushroom”: a giant mushroom in rotation passed over a pit of water, which manages to stick to it during the whole journey, is in front. Or human bowling, in which competitors were dressed in bowling suits and had to dodge a giant ball by tying their feet together. Or the almost impossible maze of doors, in which not only did three of the four exits open directly into the moat, but in which lurked two of the prince’s fearsome henchmen, who regularly snatched poor and ignorant applicants. And so people fell and fell and slipped and got lost until they couldn’t move. We can therefore say that only “Takeshi’s Castle” had to offer encouraging audiences.

It may be true. But maybe there is something more. Namely various German football professionals “Clean your mouth, go ahead!” DESCRIPTION: If you fall in life, you get up and try again. And if you can’t do it yourself, maybe others can do it for you. However, most of the time this is not enough. But he did it in nine of 133 attempts.

No “Hunger Games” and no “Squid Game” without “Takeshi’s Castle”

The message, then, is as simple as it is popular: there must be a reason why the series has delighted large audiences over the years and is set to be revived in 2023 by streaming giant Amazon. At the beginning of 2007, RTL2 rebroadcast the show, which incidentally had already been recorded in Japan in the late 1980s. In 2018, Comedy Central again showed all the episodes, even the Thai remake of “Takeshi’s Palace: Thailand” .

The cultural (pop) influence of the show is as spectacular as a belly clap or two from the contestants. Because: He founded the Battle Royale principle: a group of people start a game, decreasing the number of participants in each round until one or more winners are determined at the end. Not only the Japanese cult film “Battle Royale” is based on it, in which a group of students* fight to survive on an island and in which actor Takeshi Takeshi Kitano plays the main role, but also the hit series ” Hunger Games”. “Takeshi’s Castle” is a prime example of simplification in cinematic storytelling. More recently, the Korean series “Squid Game” borrowed the theory and turned it into a brutal fight to the death. Result: It became the most successful series of all time.

But the influence of “Takeshi’s Castle” in the video game cannot be ignored either: the battle royale shooter “Fortnite”, how could it be otherwise, is the second most successful game of all time. After Tetris. And the great “Call of Duty” gaming series now has a multimillion-dollar battle royale offshoot with “Warzone.” None of this would have happened had not a few hundred brave Japanese men and women stumbled over a few rocks in the late 1980s.

Danger! The boss lays out the future of the game show