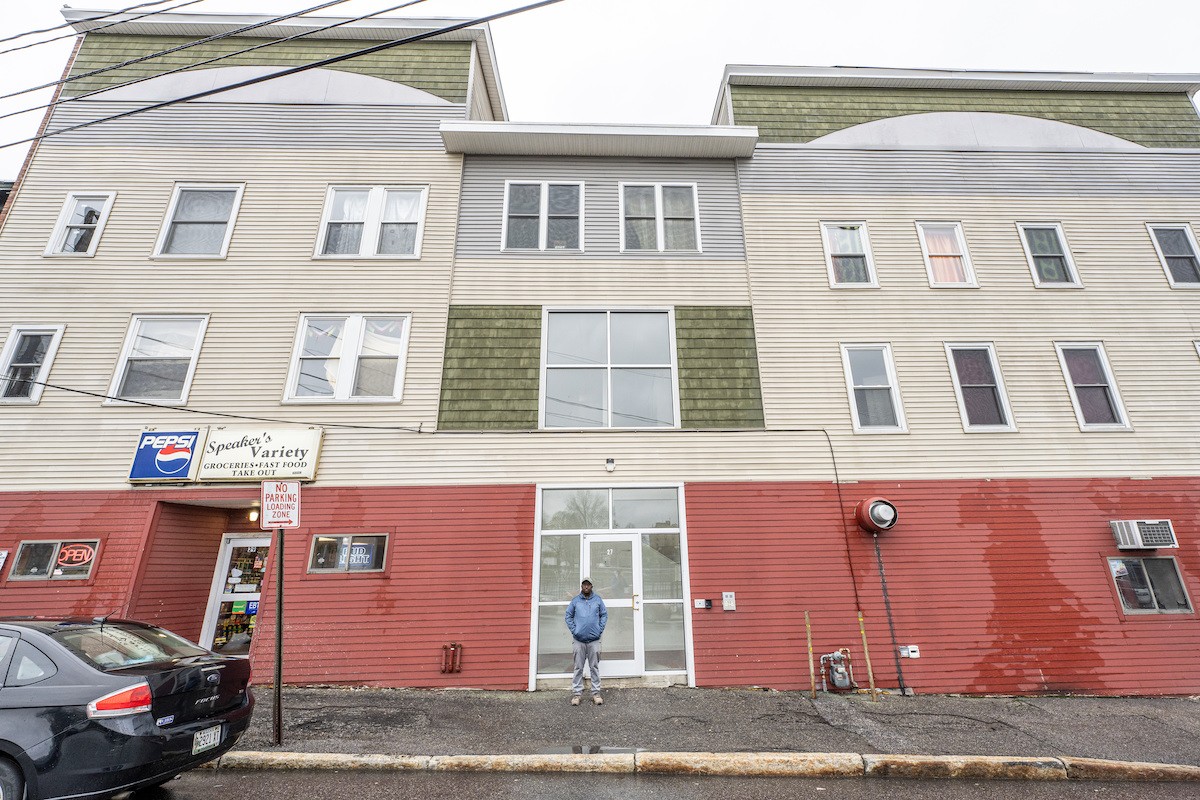 Q&A: John Egan of Genesis Fund explains why he became an evangelist of zero interest loans and mortgages.

Maine has a burgeoning refugee and immigrant population with a keen entrepreneurial spirit that attracts the attention of a Lewiston, Maine, CDFI called Genesis Fund. Many are from Somali regions or neighboring countries due to chronic conditions forcing myriads of people into camps or on the move for more than 30 years.

According to United Nations Refugee Agency, more than 650,000 Somalis have been displaced due to climate issues in the first eight months of 2020 alone. Lewiston itself had a downtown poverty rate of 46% in 2000 after rural flight problems, but in 2001 it began to turn the tide with the resettlement of 1,000 Somali refugees from across the United States. United. He quickly became one of fastest growing communities in Maine.

John Egan, head of loans at Genesis Fund, first saw the potential for developing a new loan product when he worked with Djiboutian businessman and former accountant Yassin Moussa on the purchase of a multifamily dwelling while working at his former employer, Coastal Enterprises Inc. (CEI). He found that members of the immigrant Muslim community sought to borrow money for a fee, rather than accrue interest. When he moved to Genesis Fund a year and a half ago, he also introduced fee-based loans there.

Egan told us about the benefits of fee-based lending and what it will take to get the big banks and other financial institutions on board.

How do interest-free loans work?
It is based on a commission, calculated to take into account the costs of the loan from the lender, the CDFI. Fees are clearly explained and illustrated transparently to the borrower. Most of the population that will use this product are immigrants to the United States, but not exclusively.

This community has very strong entrepreneurial skills, but lacks access to credit markets, as community banks and credit unions charge interest. A CDFI can serve the community so that immigrant populations can enrich themselves and prosper.

In your discussions with other institutions, how do they view fee-based loans?
It’s as much a part of my job with this product as the loan itself. I talk to community banks, loan departments, even bank presidents. The banks agree that they would like to find out, but have not yet done so. Part of the challenge is managing a 0% structured loan.

Their loan management software and systems are not set up to handle a fee instead of an interest rate. So I say to the president of the bank, ‘It’s a software problem. You should be able to fix this problem. We are trying to get local banks to set up a small parallel loan portfolio.

And our little CDFI figured out how to modify our lending software, so why can’t they? I’m not going to take no for an answer.

Well, from an operations perspective, financial institutions have proprietary systems, but use additional integrations or third-party apps all the time, right?
Yes. I understand that these systems are difficult to modify and that there are all sorts of (regulatory) reports from the loan management systems. My suggestion is rather than try to fit the loan to software that won’t accept it, create a separate pool until you have enough volume to justify upgrading the software. We find that most banks and credit unions are interested; they want to serve a growing population within their community.

I’m trying to get them to offer a home loan so these entrepreneurs can buy a house – controlling where you live. It’s a classic American value, and that’s why most of these immigrants are here. So let’s make it happen.

How did city leaders view this?
Initially, with a lot of skepticism, even questioning the legality. I burst out laughing when someone asked me the question 8-10 years ago. Municipalities now understand, they are understanding and supportive.

Is it really that different from a risk perspective?
Financially, it’s pretty much the same, if not exactly the same for the lender. Income, risk, security guarantees – they are all the same. It’s just a fee instead of interest, and if they pay off the loan sooner, they pay less in fees. It works the same way.

Thus, banks do not incur losses on loan income and deposit structures on their own balance sheets.
That’s right. CEI has been providing fee based loans for over 10 years and they have no loss, Genesis Fund has only done so for about a year and a half. We only have a handful of loans, but so far they’ve done well, so there’s no added risk – underwriting is the same.

So what are the end goals when it comes to collaboration?
We collaborate with CEI on all kinds of things. We also work with banks on subordinated loans for an investment – say the renovation of a six-unit apartment – the bank makes, say, 60% of the loan, Genesis Fund 30%, the borrower invests 10% – the bank can see how it works, and they don’t take a lot of risk because they would be in a leadership position above the CDFI.

We also provide technical support, included in the fees. We work with borrowers pre-loan and post-closing. I hope to go to the mosque where the community of Yassin gathers to explain how it can work for his community. Everyone wants it to be a success. Preparing borrowers to understand is therefore as important as the loan.

I won’t give up until we have a bank that offers a commission loan or a home mortgage, because that’s what has to happen.

This story is part of our series, CDFI Futures, which explores the community development finance industry through the lens of equity, public policy and inclusive community development. The series is generously supported by Partners for the Common Good. Sign up for PCG’s CapNexus newsletter at capnexus.org.

Hadassah Patterson has been writing for media outlets for more than a decade, contributing seven years to local news online and with 15 years of business writing experience. She currently covers politics, business, social justice, culture, food and wellness.