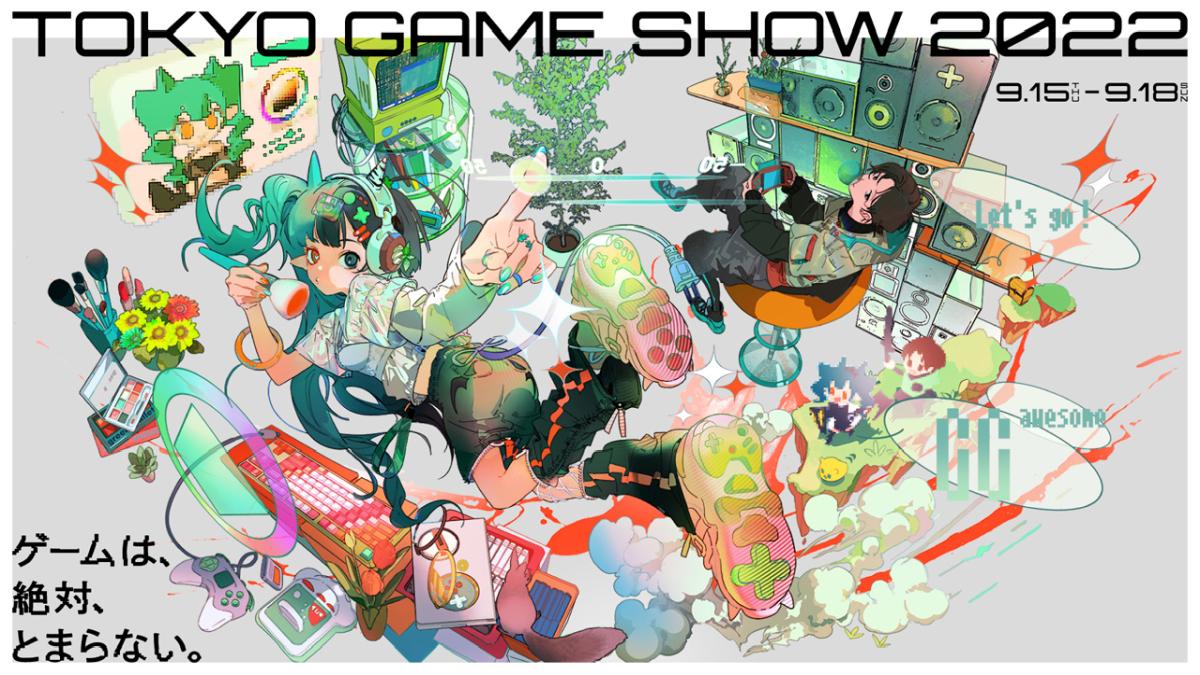 The event, which will take place both online and at the traditional Makuhari Messe venue in Chiba, near Tokyo, will open its doors to the public for the first time in three years. It will start on September 15 and end on September 18.

The main visual was once again created by illustrator Kukka, and it expresses this year’s theme “Nothing Stops Gaming”.

Below, you can read an artist commentary straight from the press release.

“I tried to use pop and bright colors to create a fresh and vibrant feel.
Communicating and connecting with people through games has become a part of our lives. I had an idea to express this feeling in my work, but it was not easy to show these links in illustration. It was fun to play around with the makeup designs, which I got inspired by in-game character creation.”

CESA has also released a list of 465 confirmed exhibitors so far (July 6), including 299 from Japan and 166 from overseas.

It should be mentioned that some exhibitors like Sony, Microsoft and HoYovers will only be present in the online part of the event, so they will not have physical booths.

Sony is also listed in the Indie Gaming Zone, which seems to indicate that its presence will be limited to its usual support for Independence-related events.

Nintendo is also listed, but only in the Business Meetings area, meaning it won’t have any customer-facing freebies, only B2B meetings. It’s no surprise since Nintendo doesn’t traditionally exhibit at TGS.