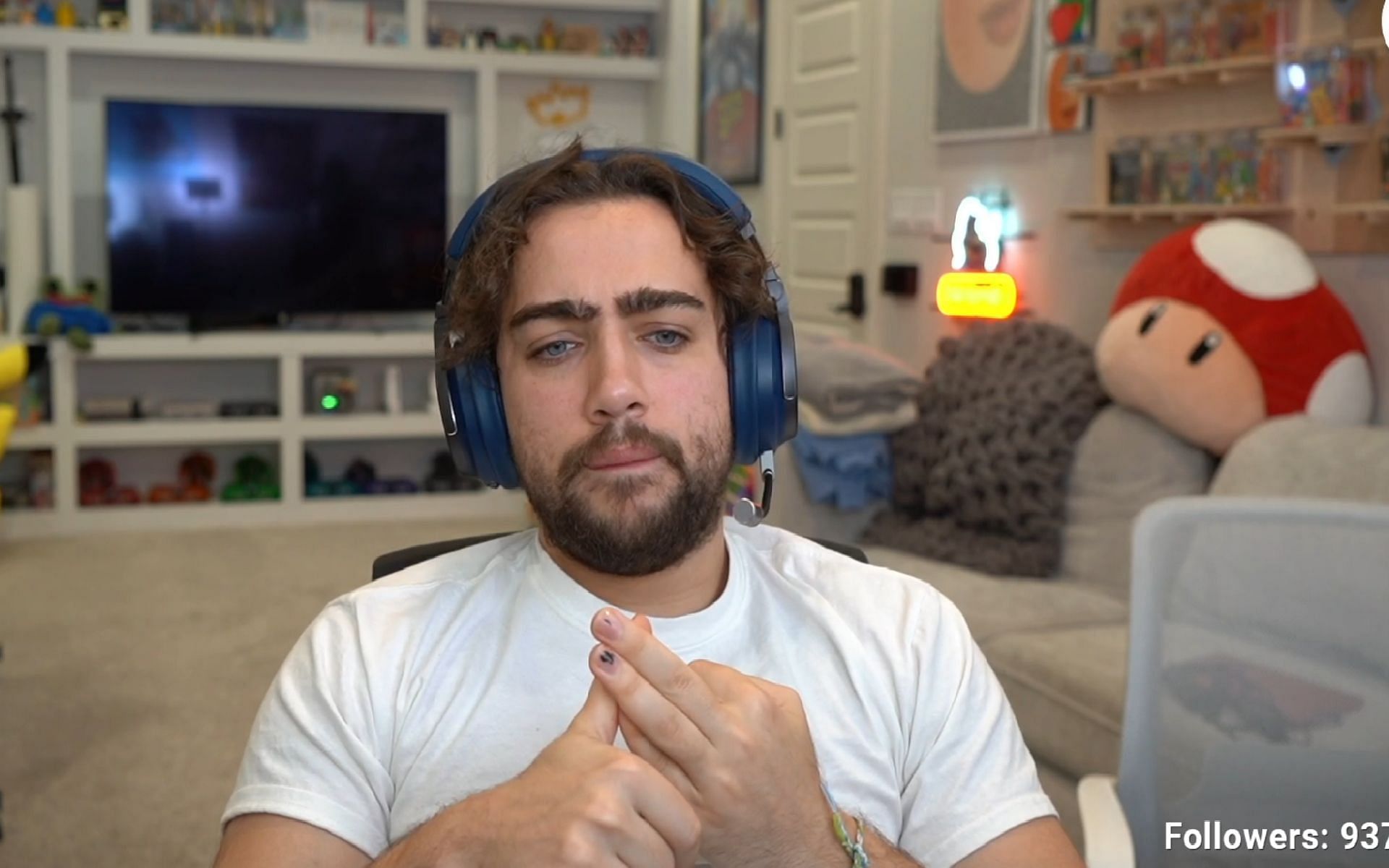 Matthew “Mizkif”, one of the co-founding members of the popular streamer organization, is also the host of one of the most well-known game shows, called Schooledwhich is organized by a group.

The last episode of Schooled featured a number of Twitch influencers and stars who went head-to-head, trying to outsmart and outmaneuver others through mental gymnastics. The show premiered on March 29, 2022 and was well received by fans.

But there was something that audiences picked up that didn’t sit well with them. Some participants were seen cheating to pass others. Cheating has been a hotly debated topic by the streamer and his viewers, where the latter have asked the streamer to take a strong stance against them and pleaded with him to take action against cheaters.

During one of his most recent streams, the OTK co-founder decided to name a few cheaters in order to analyze what they do and how they end up cheating on the game show. Starting the topic, Mizkif asked his cat:

“Who cheated on my show? Who are the definitive people you know?

Mizkif was seen live on March 30, 2022, immediately after hosting his game show, Schooled. The Twitch streamer has been busy hosting events for One True King back to back on his channel where he was seen hosting OTK’s shareholder meeting and his own game show. Schooling sixth episode.

He had been streaming for about an hour and interacting with his viewers in the Twitch chat. Speaking about various topics and happenings in the streaming world, the Twitch star decided to address the controversy that has been swirling around his game show for a while now.

The talk about Mizkif guests cheating to win Schooled is not a new fact. Since the first episode of the Twitch show, a number of influencers have been seen cheating and trying to win the game show in various unethical ways. These were observed by the viewers of the streamer and they tried to draw his attention to this topic on several occasions.

Speaking of which, Mizkif mentioned:

“What am I supposed to do to someone who cheats on my show? I still don’t know. I don’t know what to do. People are like having a backbone. Bro, I don’t wanna call someone in front of eighty thousand viewers. It’s just…it’s shitty. Then they’re like, no, I didn’t and then it’s so awkward.

He then talked about a few more points on the subject and then discussed the people who ended up cheating Schooled. He said he received a ton of links from his fans, telling him that Mia wasn’t the only person who cheated on the game show.

Continuing to talk about this topic, he mentioned:

“That’s because I think one of them even told me why they cheated. It was Puffy! Puffy told me why she cheated. was the worst of all. Puffy cheated and immediately copied and pasted the Google Sheet. You know, I remember that. Hers was probably the worst.

Trying to conclude by talking about this controversial issue, he said:

“I feel like people think when they win my show, they probably feel pretty shitty, if they win. I feel like if you cheat and go far, you probably won’t feel so bad but if you win and you’re wrong I probably feel like shit Maybe I’m wrong Especially if you steal $50,000 from me I don’t think anyone who makes it to the finals will be happy with themselves s stealing fifty fucking thousand dollars.”

He also explained that he couldn’t draw attention to them since they were doing him a favor by participating in his streams. He further clarified that whenever someone shows up on his streams, he helps them with their Twitch streams.

Soon Mizkif left the topic and continued his daily livestream where he reacted to content sent to him by his viewers and made some tier lists later in his stream.

A number of fans and audiences on Reddit seemed to agree with what the streamer had to say about it. A few people also laughed at the situation.

It remains to be seen if Mizkif will take action against streamers and influencers who cheat on his game show. Some fans were relieved to see how the OTK co-founding member addressed the situation and acknowledged the presence of cheaters on his game show.

BayFirst Financial: Advice for small businesses looking for loans in the face of inflation