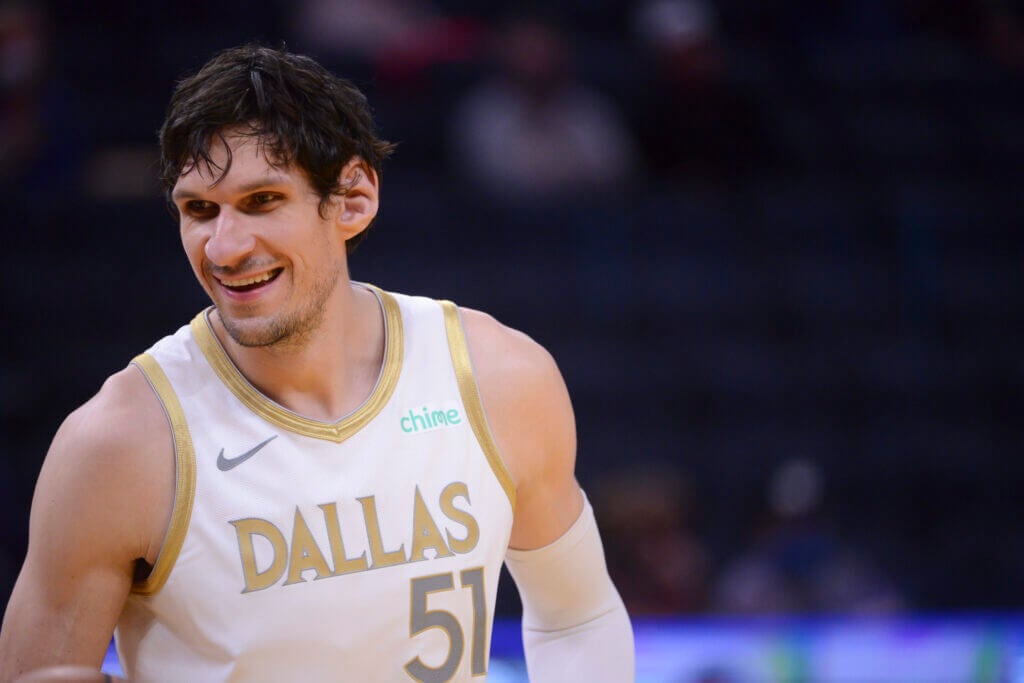 Boban Marjanovic is more than a beloved presence in the locker room. During his career, he played 260 regular season games, totaling just under 2,500 minutes on five different teams.

He’s been a companion, sure, but those aren’t the numbers of a basketball player, either. He’s seen a lot and he’s played with NBA legends.

Those around him always have stories about Marjanovic, something I discovered when I interviewed nearly 30 of his former teammates and others who spent time with him for a feature film last season. But I thought Marjanovic had some stories too, so I called him up this week for a pop quiz about his career.

I asked him nine questions, along with a few follow-ups, and it was as enjoyable as I expected. Note that this conversation has been edited and condensed. Enjoy.

1. You scored the first 3 points of your career when you played in Philadelphia. Do you remember in which neighborhood it happened?

It must be the first or second trimester.

It was the very first shot you took this game. Right after you register.

Do you know who passed the ball to you and got the assist?

Correct. Did the coaching staff encourage you to shoot the ball before this game?

You know, if it happened, it happened. If I was open, I would shoot. If I wasn’t open I would try to get better shots. I mean, a better shot (could have been) from the guys who made three (before) in the game.

Hey, man, you did. This is what they say; any move you make is a good move.

Yeah, shoot. If you do, good luck.