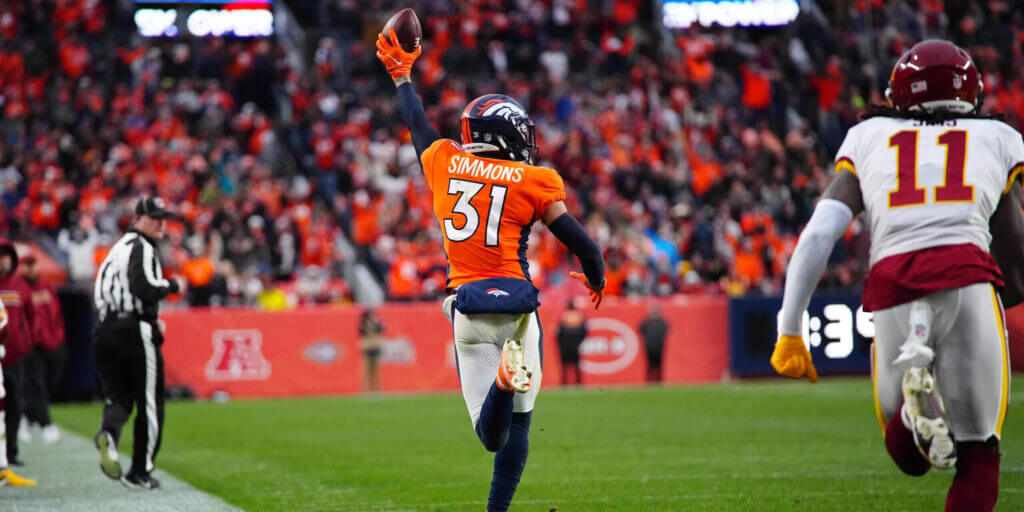 Justin Simmons has a Hall of Famer in his sights. When Broncos safety stepped in to a pass from Eagles quarterback Jalen Hurts to record his 20th career interception two weeks ago, he moved within four interceptions of Steve Atwater, including the 24 interceptions in careers are the fourth for a safety in Broncos history. Dennis Smith (30), Mike Harden (33) and Tyrone Braxton (34) would be next on the list.

At his current pace, as he plays in the first season of a four-year overtime he signed in March, it won’t be a surprise if Simmons ends his career atop that particular throne. After all, he has nine picks in just the last 26 games, including three since Oct.31.

But before Simmons climbed higher up the ladder, we thought 20 interceptions would be a good thinking point – and a chance to put his memory to the test. How many could Simmons, who celebrated his 28th birthday last week, remember the details of the interceptions he has made since joining the Broncos as a third-round pick in 2016.

Do not worry. We’ll start with a simple one. Who is the first quarterback you intercepted?

If I remember correctly, it was Alex Smith. It was the Christmas game against Kansas City in Kansas City (in 2016).

It was the Christmas game.

Yeah, that wasn’t the right one.

Obviously at the time it wasn’t great. You lost the game and missed the playoffs.