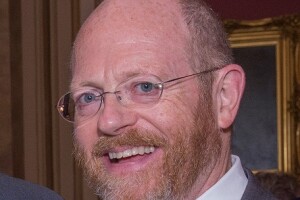 Stephen Whyte is the founder and CEO of Vitusowner and national developer of affordable housing.

The Seattle-based company, which specializes in preservation projects, has provided stable housing for more than 25,000 residents in 25 states.

Whyte, an authority on setting up complex deals, discusses his early days in the business, industry trends and what he reads.

What was the first affordable housing project you worked on?

The first project I worked on was a long time ago! It was 1989, and I was a commercial realtor in Portland, Oregon, trying to figure out how to put my degree in economics and finance to good use. A client had just placed a large apartment project under contract that the Resolution Trust Corp. had taken over from a bankrupt savings and loan institution, and he asked me to “understand” the brand new Low Income Housing Tax Credit (LIHTC) program for him. I did, resulting in the first 4% bond funded project in the state. We received the full $0.51 for tax credits, and the bonds were only secured by a 10-year letter of credit.

What did you learn from this first project?

Well, what was considered adequate drug rehab then would be considered a joke today. I think the rehab was $6,000 per unit, and of course that was woefully inadequate. The lesson was to make financial assumptions that truly support a minimum holding period of 15 years.

What was a pivotal moment in your career?

At the start of the tax credit program, the various parties around the table had no idea of ​​the role of the other parties. I saw a clear opportunity to create a consulting practice that introduced and coordinated all parties in a real estate transaction. Beyond that, there was an opportunity to create financial tools that allowed developers to optimize pricing and other development outcomes, and to allow the LIHTC investor to easily assimilate the financial characteristics of the project. . But this “pivotal moment” was a product of time and place. Ten years later, the industry had grown so much that there was no real need for such a consulting role. By then, we had moved on to developing our own projects.

What is the right decision that Vitus recently made that other developers can learn from?

It is not so much a gesture that we have made as a philosophy that we have practiced. Over time, we now see that disruptions are to be expected in our space – disruptions like the post-9/11 recession, the Great Recession of 2009, and most recently the reduction in the corporate income tax rate. companies. These disruptions have temporarily cooled our market and resulted in a new pricing framework for credits, which can make things very difficult for developers with an active pipeline. The philosophy we learned from, and continue to practice, is to value relationships above all else. This is certainly more important than getting the last quarter cent in tax credit prices or 10 basis points in interest rates. When times are tough, you need your connections more than ever, and these are our key connections that have helped us through many difficult situations. Strong, positive relationships are part of our brand.

If you could add one device or feature to a development, what would it be and why?

I think it’s critical for us in affordable housing to think long-term about climate change. For example, Hurricane Ida showed us that with these massive weather events that have now become the norm, there can be severe heat-related hardship and even death. When heat like this can turn deadly, we should ask ourselves what can be done to make our affordable apartments safer, before the next storm arrives.

What real estate trends are you observing?

Permanent supportive housing for the homeless, to see if they can begin to turn the tide against the huge problem of homelessness that we see in all of our cities.

What books are on your bedside table?

More recently, on a trip this summer, I completed “Hamnet”, which is a beautifully descriptive novel from the late 1500s imagining the life of Hamnet, Shakespeare’s real-life son, as a possible inspiration for the play. Hamlet. Speaking of travel, I also completed Paul Bowles’ epic “The Sheltering Sky”, which recounts the North African journey of three tragic travellers, in a way that weaves both their outer journey and their inner odyssey equally arduous. I highly recommend both.