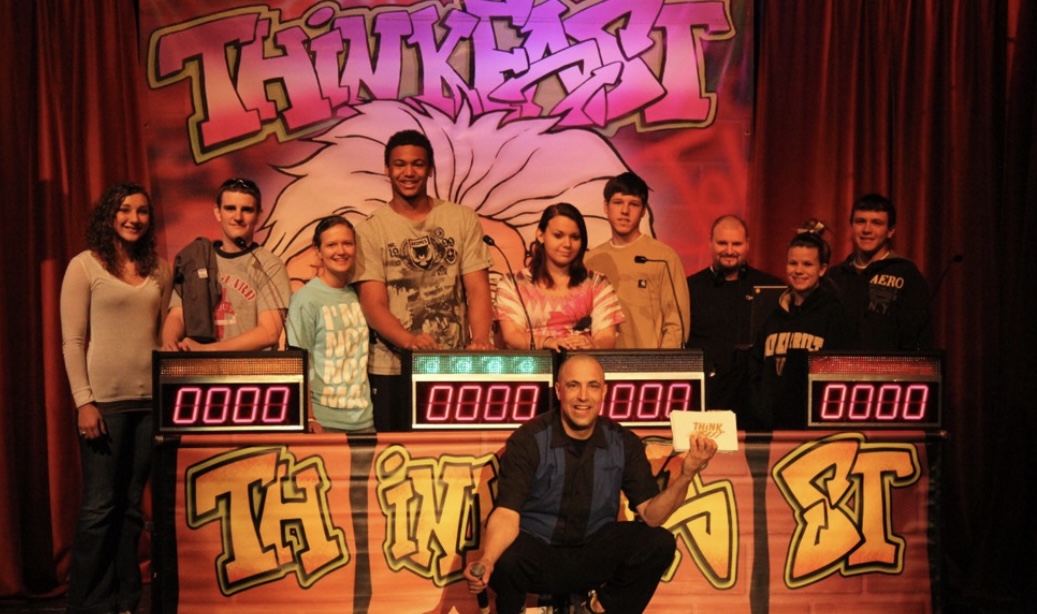 RAH is Hosting an Exciting Evening of ThinkFast Game Shows

On Friday, March 25, Rowan After Hours hosted ThinkFast Game Show Night, an exciting event inspired by various popular game shows such as “Jeopardy!”, “One Minute to Win” and “family quarrel.” Guests competed alone or in teams against other contestants and played several types of question-and-answer games, all of which required quick thinking and even faster reflexes to buzz in the right answers.

Game topics ranged from standard general knowledge questions to pop culture and sports etiquette, and from simple brain teasers to complex logic riddles. These games were made all the more exhilarating by the few seconds allotted to answer each one.

Unlike most game shows, where all points are awarded to whoever chooses the correct answer first and the other contestants lose the round, ThinkFast is played with a unique timing system that makes every round the game of n’ anyone.

When the round begins, the question and all available answers appear on the screen. As the timer runs out, incorrect answers are removed one by one, until only the correct answer remains. At any time before the timer reaches zero, a player or team can change their answer to potentially the correct one. However, as the timer runs out, the number of available points also increases. This allows a potentially struggling team to take a sudden lead over the others and ensures that someone with a substantial lead can never rest too easily, even if they are far ahead.

To make things even more exciting and even less predictable, every few rounds a group of team reps would compete against each other in physical challenges, like dancing or joking, for a next-round advantage or increased points. . Of course, it was the highlight of the evening, whatever their effect on the game.

At the end of the night, after three thrilling and heart-pounding hours of play, the aptly named Team Trophies earned bragging rights and a cash prize of $250. The Trophies team had maintained a substantial lead through the first half of the game, only to lose steam in the middle, where they entered a brutal neck-and-neck struggle with internal rivals the Bats. But in the end they came from behind and got the win.

Time will tell if another ThinkFast Game Show will come to campus next semester and if the trophies will make another appearance to retain their title. One thing is for sure, if it comes back, it’s anyone’s game.

For comments/questions on this story, tweet @TheWhitOnline or email [email protected]