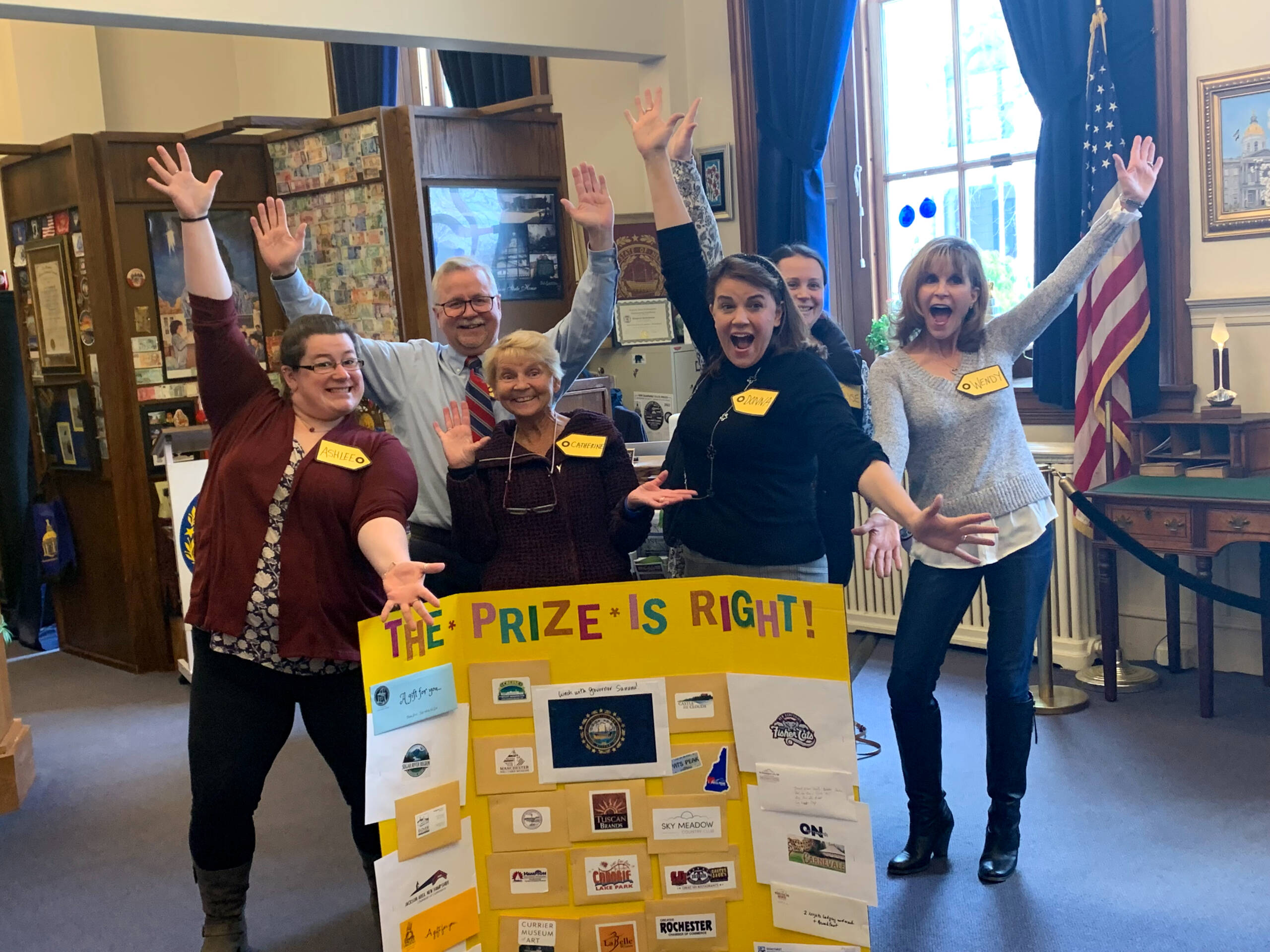 The price is right: Crestfallen game show winner gets VIP upgrade thanks to NH Chambers

CONCORD, NH – A group of five different regional chambers of commerce presented a game show participant with about $6,500 in gift certificates, access to local attractions and lunch with the governor at the State House on Tuesday. The idea was to put together a special VIP package for a Massachusetts woman who was visibly discouraged on national television when she learned she had won an all-expenses-paid prize. five-night stay at – the Concord Hotel.

When Catherine Graham of Marshfield, Mass., won the trip to New Hampshire by playing a game of “Side By Side” on the classic game show The price is rightshe couldn’t hide her disappointment.

After the episode aired on February 1, Boston CBS affiliate WBZ interviewed Graham, who reminded them of her dashed hopes of a trip to Tahiti or Bora Bora when she saw the destination was less than 100 miles from home. But Graham took it with good humor and said she loves New Hampshire and frequently visits the state.

This gave Donna Morris, president of the Greater Salem Chamber of Commerce, an idea: Let’s put the best foot forward in the state and give Graham the time of his life.

“I felt we had to remind him how great New Hampshire is,” Morris said.

After presenting the VIP package to Graham at the State House Visitor Center, Morris asked Graham if she had anything to say. “Live free or die,” Graham applauded.

Graham told Manchester Ink Link that she is a frequent guest at The Inn at East Hill Farm in Troy and often skis at Cranmore Mountain Resort in North Conway and Loon Mountain in Lincoln.

Graham, 61, and her husband, Paul, raised four children in Marshfield. In recent years, her vacation trips have been limited to New Hampshire and Maine, mostly because of the pandemic.

She said she is a lifetime viewer of The price is right and always wanted to be on the show. The opportunity to appear on the show came after her daughter moved to Agoura Hills, California.

While searching a community Facebook group for things to do on a visit, Graham came across a call for applications and applied. She did a Zoom interview in October and they invited her to join a taping as an audience member in December. While taping at CBS Studios in Burbank, she was selected from the audience to compete as a contestant.