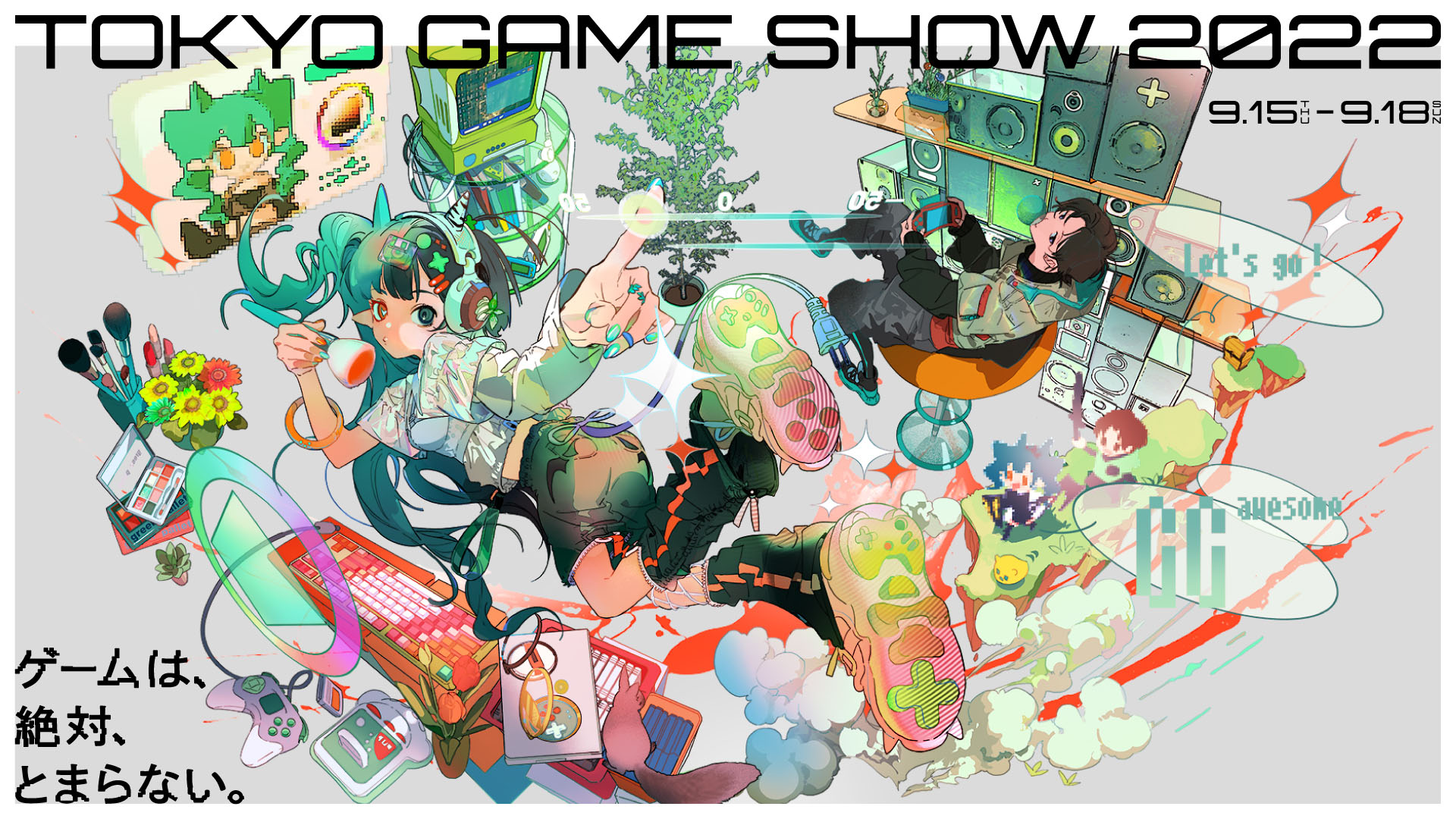 Illustrated by Kukka, the key visual is themed “Nothing Stops Gaming”, as this year’s event aims to promote the ever-growing appeal of gaming from various perspectives to the general public.

“I tried to use pop and bright colors to create a fresh and vibrant feel,” Kukka said in a press release. “Communicating and connecting with people through games has become part of our lives. I had an idea to express this feeling in my work, but it was not easy to show these links in illustration. It was fun to play around with the makeup designs, which I got inspired by in-game character creation.”

As of July 6, a total of 465 exhibitors have registered to participate in Tokyo Game Show 2022, including 299 from Japan and 166 from overseas, with 1,902 exhibit booths, exceeding the organizer’s initial expectation of 1,500 booths .