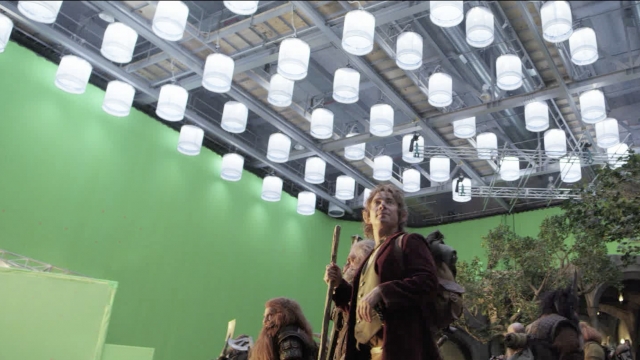 Why is CGI everywhere in the film industry? (VIDEO)

Newsy’s Christian Bryant and Casey Mendoza delve into the visual effects industry in a new segment of pop culture.

Newsy’s In The Loop brings you a new segment called “Pop Quiz,” dedicated to deep dives and surprising stories from the world of pop culture.

NEWSY’S CASEY MENDOZA: I got the first question we dive into today. Christian, why is everything at CGI? If you’ve probably noticed how many movies and shows these days are filled with computer-generated imagery, both good and bad. But the answer to the question actually reveals something deep and dark about the movie industry, and I’m not talking about Tom Hooper’s “Cats” of 2019. Well, we looked at what was really going on. here, and it’s taken us everywhere, from a controversial Oscar speech to VFX studios moving halfway around the world to taxes – oddly enough. Are you ready?

NEWSY’S CHRISTIAN BRYANT: As ready as possible. Just to make sure I understand, the question here is, why is everything CGI now? Why is it? Please tell me.

MENDOZA: To begin with, I need to put into perspective the size of the visual effects, or VFX, industry today. Over the past two decades, VFX budgets have exploded, boosted by groundbreaking mega-hits in the early 2000s like “The Matrix” trilogy. The first film, released in 1999, had a budget of $63. Since then, the top five movie budgets have all been for movies with heavy VFX content, ranging from $300 million to $380 million.

And today, the programming schedules are busier than ever, thanks to all these different cinematic universes and streaming platforms. The demand for VFX for film and TV is higher than ever, especially as the pandemic has pushed more productions to go virtual.

VFX, first and foremost, saves a lot of money on production.

SCOTT MEADOWS (DIGITAL DOMAIN): The amount of money it takes to get to a place to build sets, physically build sets, you know, just gets expensive and also just coordinates all the travel and, you know, moving a lot of people and d actors and film crews and all that.

MENDOZA: Okay, so that seems like a pretty straightforward explanation for why it’s so popular, doesn’t it? I have to take you back to this Oscars acceptance speech by the VFX supervisor of the movie “Life of Pi”.

BRIAN WESTENHOFER: Finally, I would like to thank all the artists who worked on this film for over a year, including Rhythm & Hues. Unfortunately, Rhythm & Hues is in serious financial trouble right now, and I urge you all to remember…

MENDOZA: The team just won the Oscar for Best Visual Effects, and the man speaking, Brian Westenhoffer, is from the production company called Rhythm & Hues, which was actually out of business at the time. Rhythm & Hues would close its doors the following year, and it was far from the only one to be highly publicized.

Digital Domain, the company James Cameron helped start in the 90s, went bankrupt in 2012 and was taken over by two companies, one in China and one in India, and is now owned by a company in Hong Kong.

The MPC VFX Shop – which was behind the photorealistic CGI in “The Lion King” remake – closed just months after the film premiered in summer 2019.

French visual effects giant Technicolor SA filed for bankruptcy in the summer of 2020, citing the pandemic, although it has long faced financial difficulties.

So suddenly it doesn’t make sense anymore. Visual effects are more in demand than ever, it’s a huge way to save money and yet visual effects companies are struggling to make a profit? Are you with me so far?

BRYANT: I am. I am. I understand that there is something wrong here.

MENDOZA: Well, to explain that, we need to look at how this intense competition and demand actually drove rates down.

MENDOZA: Because the space is so competitive, VFX companies usually offer low bids to ensure they get big projects. This can lead to businesses barely breaking even and, if overtime and extra expenses pile up, massive financial losses.

Prices are also falling thanks to countries offering competitive tax incentives to attract production. Artists have left California and settled in new centers in Canada or the United Kingdom, and business is booming in Australia, China, and areas with cheaper labor such as India and Southeast Asia.

PRAIRIES: It’s obviously more globally competitive just because there are so many talented artists.

RICHARD CORMIER (MELS): In a place like Canada, you will then have significant incentives, which will reduce this rate even further by 30-40%, so it is extremely competitive. And then you bring India into the mix, maybe more on the commodity side. That’s why we see a lot of studios getting into trouble very quickly.

MENDOZA: Entertainment unions and guilds – including those of animators and film editors – generally protect against these sorts of price issues, but visual effects is one of the few areas of cinema without a union.

In 2014, there was an attempt to create a VFX Trade Association to pressure the government to help. They wanted help to counter the impact of foreign subsidies and prevent artists from having to move frequently to maintain stable work. But within two years the group ran out of money to pay legal funds, and it became increasingly difficult to organize artists as the work spread around the world.

JONAS LOEB (IATSE): So this kind of remote environment makes organizing more difficult for a union that has been around for 125 years.

MENDOZA: It is indeed difficult to say how much the working conditions of artists have changed. On the one hand, it’s clear that demand for VFX is skyrocketing, which can be a big deal for businesses that need to stay busy to survive.

CORMIER: The problem with having a big organization is that once you’re busy, life is good. But if you have a hole in your schedule for two months and you have 400 people on your payroll doing nothing, that’s when you can lose your shirt.

MENDOZA: But on the other hand, the fast pace and “commoditization” of VFX work has some insiders saying that the work itself is changing.

PRAIRIES: When I started, you know, quality was so important and every pixel and making it as realistic as possible, and I worry that the next generation, because they didn’t grow up watching movies shot on film maybe it’s good Enough, maybe I can just slap… a fake digital background behind me, and even if it looks totally fake, maybe people won’t care anymore. So I think it just gets watered down, and then it kind of affects all this art that we have, you know, which is why we got into this business to begin with.

Man who applied for fraudulent relief loans gets probation | Where is